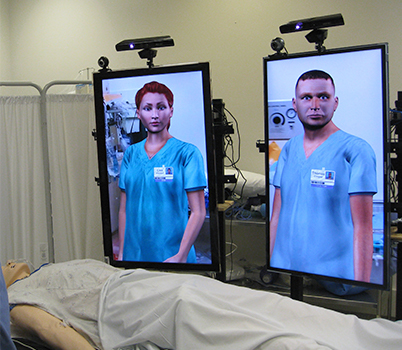 Virtual humans have been used in combination with breast exam part task trainers at the University of Florida CISE Department’s VERG group.

The University of Texas San Antonio and the University of Florida have received funding from the National Library of Medicine to investigate the use of Mixed Simulators and Virtual Humans in managing inter-patient variability to propofol during conscious sedation.

Adam Wendling has been using Virtual Humans to train clinicians in pre-operative skills. This research has recently been published in Academic Medicine